Description:
Eastern Cape, is in South Africa and stretches along the Indian Ocean between Cape and KwaZulu-Natal. The Eastern Cape province includes the former “homelands” of Transkei and Ciskei. With a long coastline on the Indian Ocean it offers great beaches

Climate:
Sandwiched between the sub-tropical KZN and the Mediterranean Western Cape, the Eastern Cape has a unique climate influenced further by its marked topographical variations. 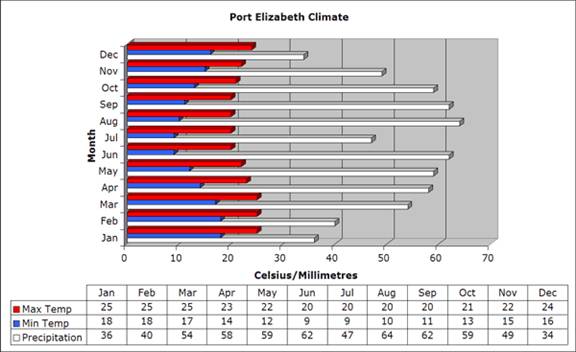 Best Time to Visit:
The Eastern Cape climate is kind to visitors. Coastal areas are at their best from January to May. The interior is hot in summer, but dry and sunny in winter.

Social Customs:
South Africa is a very multicultural society and therefore has many different customs. Some examples: