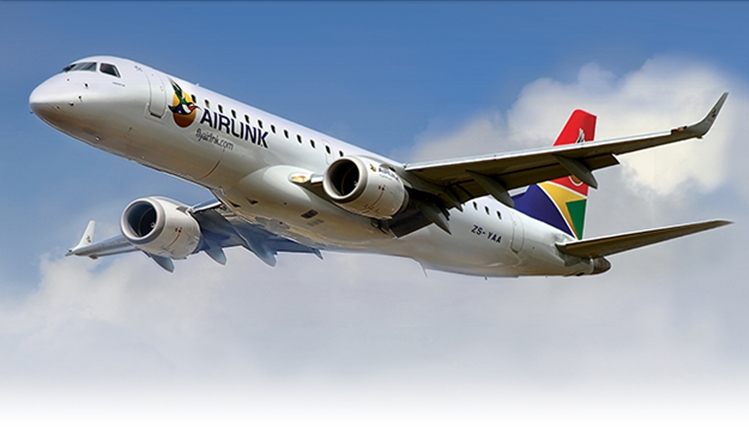 03/02/2020, JOHANNESBURG  – Airlink, the privately-owned South African airline, wishes to assure customers and travel agents that its flight schedule and sales are unaffected by the reduction of South African Airways’ (SAA) services.

Airlink, which is completely independent of SAA, continues to operate more than 5,600 scheduled flights a month on 55 routes within Southern Africa and to St Helena Island.

Last month, Airlink announced it was ending its long-standing franchise agreement with SAA, redefining its commercial relationship with the state-owned carrier and introducing its own unique “4Z” ticket code and flight designator.

In the seven days after Airlink made its 4Z code announcement, more than 20,000 tickets were booked for flights on the new code, which will begin operating from 11 June 2020.  Sales are increasing daily and Airlink thanks its customers and travel agents for their loyalty and support.

At the same time, Airlink has instituted legal action to recover around R700 million of its revenue that SAA was obliged to hold in trust.  These were payments SAA collected before 05 December 2019 (when its business rescue commenced), on Airlink’s behalf from the sale of tickets for travel on Airlink-operated flights under the franchise.  In terms of that arrangement, SAA was supposed to transfer the funds to Airlink every month for the tickets flown during each period.    Revenues from tickets flown from that date have been covered under a separate arrangement between Airlink and SAA’s business rescue practitioners.

Irrespective of the outcome of the legal process, Airlink has a strong balance sheet and the necessary cash reserves to sustain operations.  We assure our customers, travel industry partners and our stakeholders that they may continue to book our services with confidence.

Now that SAA has received the capital it requires to proceed with its business rescue, Airlink and SAA are able to put in place an interline agreement.  This will enable Airlink to honour tickets already issued on SAA paper (bearing the “083” code) for travel on Airlink flights operating under the “SA8” flight number prefix from 11 June onwards.

Airlink is also finalising interline agreements with several other major international airlines and working with credit card issuers, IATA and agents to ensure 4Z ticket are available for sale worldwide.

Airlink will continue to update you on these and other new developments, so please watch this space!

If you have any queries, please contact our Travel Agents Helpline on +27 451 7350 or send emails to info@flyairlink.com

Airlink is a privately-owned, BBBEE Level 4 business, with strong institutional shareholders and a respectable track record of consistent profitability over the past 28 years.  The regional feeder airline is headquartered in Johannesburg, has the largest fleet of commercial jetliners in Southern Africa, which operate on 55 routes to 39 destinations in nine African countries.  Last year Airlink carried almost two million passengers on more than 63,000 flights.

AIRLINK TO OPERATE UNDER OWN FLIGHT CODE “4Z”

Airlink, Africa’s largest privately-owned airline, will operate under its own “4Z” flight code on services operated with effect from 11 June 2020. This decision represents an important milestone in extending the commercial reach of the airline in its own right. Selling seats on flights under the “4Z” flight code will enable…

“OPS NORMAL” AND BUSINESS AS USUAL FOR AIRLINK

05 December 2019, Johannesburg – Airlink flights and schedule will continue to operate as normal regardless of South African Airways being placed in business rescue. Airlink, which is a privately owned airline, is an SAA code-share and franchise business partner. “As a creditor and business partner, we have been concerned about SAA’s financial crisis…

Airlink advises all its customers, service providers and other stakeholders that its operations will continue as normal on Friday 15 November and on Saturday 16 November 2019. Our services are not affected by the SAA Industrial Action. Airlink is privately owned, serving more than 55 routes in southern Africa…