After an Easter weekend, which saw an increase in tourist numbers, the historical town of Pilgrims Rest has come to a standstill due to protest action.

Since Tuesday the town has been cut off from the outside world as protesting residents from nearby Schoonplaas settlement blocked all roads leading to the town.

Two tourist buses were unable to visit the area and a group of international tourists who had booked at the Royal Hotel had to cancel their accommodation.

Residents of the town have been working hard to grow visitor numbers by cleaning up Pilgrims Rest, cutting the grass and clearing the old cemetary.

But these efforts were undone after protesters blocked the roads with tree stumps, rocks and burning tyres.

All shops in town were forced to close and employees could not go to work.

The protesters say promises that were made to them by the Mpumalanga government in October last year to build new homes, have not been honoured.

He says although the roads were closed, the protests were peaceful.

Freddy Ngobe, Mahlangu’s spokesperson, said she did not meet with the group.

“The MEC did, however, discussed the matter with the Thaba Chweu municipality in Lydenburg.

“They are responsible for making land available. The moment they give us feedback we will decide how to handle the situation,” said Ngobe.

There was a high police presence and negotiations were under way to reopen the road. 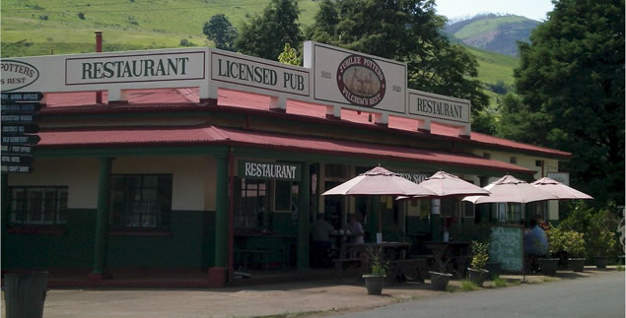