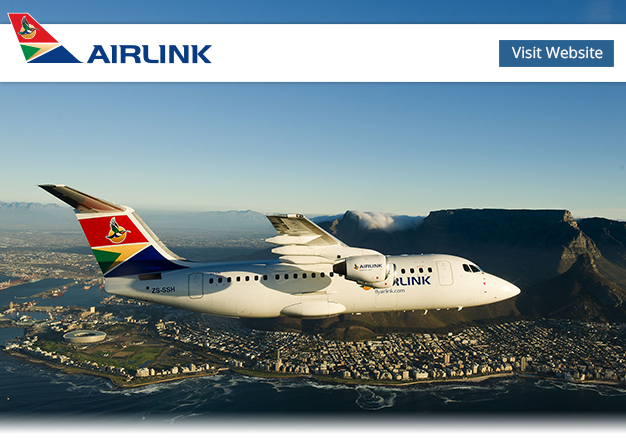 Further to our previous media release dated 18 June, Airlink confirms that it will from 31 July 2018; introduce further enhancements to its Cape Town to Hoedspruit services.

From September 2018, Airlink will introduce one of its 98 seat Embraer 190 E-Jet to the route which will provide customers with enhanced comfort by way of 92 economy class seats with a generous seat pitch, and 6 expansive business class seats. The E-Jet cabin layout features two plus two abreast seating, with large eye-level windows allowing in lots of natural light, and ample overhead bin space to accommodate carryon items.  Every seat offers either a window or an aisle option.

Airlink looks forward to setting a new standard for guests using its services on the route.

Airlink apologizes for any inconvenience or disruption caused to customer itineraries due to these additional schedule changes, but we are confident that these enhancements will resolve all concerns raised in regard to the previous schedule.