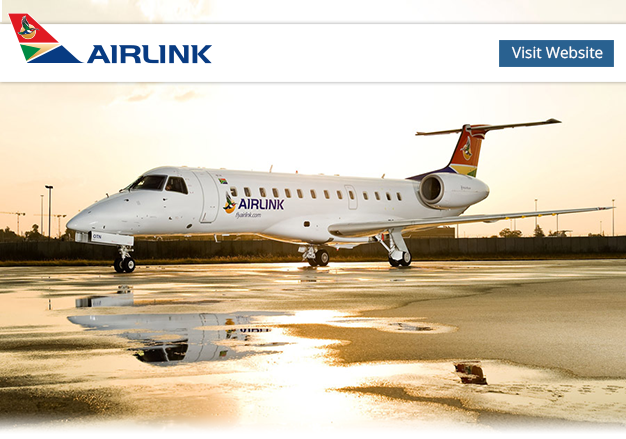 Airlink regrets to announce the suspension of air services on their Pietermaritzburg-Cape Town route.

“This was not a decision taken lightly, but after almost 17 months, the route has not developed as we expected it would, impacted by the pressures of our economy and the relatively small catchment of the Pietermaritzburg resident market. In order to stem losses, we will suspend services from 1 October 2018,” explained Karin Murray.

Since 6 February 2017 the Pietermaritzburg to Cape Town service has provided locally based government officials, private sector businesses, industries and communities located in and around Pinetown, Kloof, Hillcrest, Howick, Midlands and leisure travellers with a convenient direct service between Pietermaritzburg and the Mother City.  Airlink currently operates daily return flights on the route, using 37-seat Embraer ERJ135LR regional jets to deliver an effective full-service value proposition offering on the route.

Sadly, the route has not become profitable, despite our collaborative best efforts – including significant marketing initiatives by the Pietermaritzburg Chamber of Commerce, to promote the connection.

Airlink would like to apologise for any inconvenience caused by the suspension of the service.

Customers holding confirmed tickets for travel after the 29 September 2018 will be offered a full refund.