Airlink to Operate under Own Flight Code 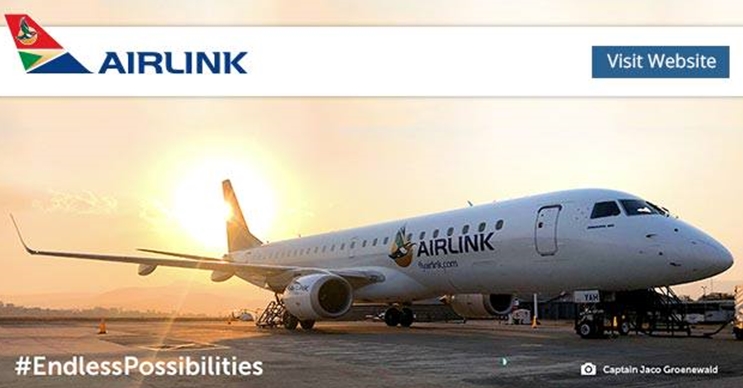 AIRLINK TO OPERATE UNDER OWN FLIGHT CODE

16 January 2020, JOHANNESBURG – Airlink, Africa’s largest privately-owned airline, will operate under its own “4Z” flight code on services operated with effect from 11 June 2020. This decision represents an important milestone in extending the commercial reach of the airline in its own right.

Selling seats on flights under the “4Z” flight code will enable Airlink to develop more routes and frequencies on an independent basis, as well as extend opportunities to establish new agreements with leading international airlines.

Airlink and South African Airways (SAA) have redefined their partnership by replacing their franchise agreement with a new commercial arrangement from 11 June 2020.

Where in terms of the franchise, flights operated by Airlink carry the “SA8” flight designator, under the new commercial arrangement, they will operate as Airlink’s unique “4Z” code. The new agreement will enable a seamless transition with minimum inconvenience to customers.

The change marks a new era in the long-standing commercial agreement with SAA. While SAA remains an important strategic pillar in Airlink’s strategy, the new arrangement gives Airlink the freedom to extend its commercial reach, develop more routes and frequencies on an independent basis and extend or establish additional agreements with other leading international airlines.

From 11 June 2020, all Airlink flights will operate using the “4Z” designator and from today, all tickets for those flights will be available through travel agents, tour operators and online at www.flyairlink.com. Tickets already issued for travel on flights with “SA8” flight numbers from 11th June 2020 will remain valid for travel subject to re-accommodation by Airlink.

Customers holding SAA 083 tickets for flights after 10th June, who do not want to be re-accommodated, may apply to SAA for a refund or through other channels, such as the credit card issuer used for payment or insurance.  SAA refunds will be managed in line with its Business Rescue policies.

“Marketing and selling flights under our own 4Z code is an exciting development for Airlink as we propagate our business and take advantage of new market opportunities.  At the same time, we will be able to strengthen our vital partnership with SAA,” said Airlink CEO and Managing Director, Rodger Foster.

“We sincerely regret any short term inconvenience these changes may cause for our customers.  This represents the best way to ensure we continue serving all our passengers in a seamless manner, whilst also securing the best interests of Airlink, its customers, employees, suppliers and shareholders for the future,” added Mr Foster.

“While we  intend working with SAA’s business rescue practicitioners to find a solution that enables SAA to continue playing its important role in the Southern African market, we have a  responsibility to take action to preserve Airlink’s viability as a financially-robust, independent and privately-owned airline. However, should SAA’s circumstance worsen, then Airlink will activate the transition sooner – immediately, if necessary,” he said.

What the changes mean for ticket holders

To operate independently, Airlink is obliged to switch from using the “SA8” flight code and “083” ticketing code to its unique “4Z” prefix.

This transition has been implemented and is effective as from 11 June 2020 when all Airlink inventory and flights will have the “4Z” designator.

Tickets already in issue for travel on flights with “SA8” flight numbers will remain valid for travel subject to being re-accommodated.   Airlink will work with travel agents, tour operators and customers to expedite the re-accommodation.

Customers holding SAA 083 tickets for flights after 10th June, who prefer not to be re-accommodated, may seek a refund through SAA, which will manage it in line with its business rescue policies.  Depending on how customers purchased their ticket, they may also be able to pursue other available refund avenues e.g. credit card companies or insurance.

In the meantime, Airlink will continue to sell tickets for flights operated on the SA8 code up to 10 June 2020.  These are available through travel agents, tour operators, on both the www.flyairlink.com, and www.flysaa.com as well as all other online booking platforms.

Airlink is a privately-owned, BBBEE Level 4 business and regional feeder airline headquartered in Johannesburg.  It has the largest fleet of commercial jetliners in Southern Africa, which operate on 55 routes to 39 destinations in nine African countries.  Last year Airlink carried almost 2 million passengers on more than 63,000 flights, reliably, and on time (92.9% of Airlink’s flights were on time over the past year).