The week that was and still is!

Brrrrr! Up in Gautengaleng temperatures today have plummeted to below zero, with decent snowfalls being recorded on all the major mountain ranges from the Hexriver mountains in the west to the Drakensberg in the east. Lesotho really got clobbered with the main route (A1) to Afriski being closed on Monday. Each year the snow draws visitors in their thousands and as always we issue a cautionary about snow driving. South African’s in general have little or zero snow driving experience. It is different to any other type of off-road driving, so think carefully before you rush out to experience the snow in your brand new 4×4.

1. Don’t travel alone
2. Go prepared for an emergency. Pack blankets, dry clothes, beanies, gloves, emergency food, hire a sattelite phone, record emergency assist numbers.
3. Know your limitations. Just because you are in a 4WD vehicle does not make you invincible. Think ahead.
4. Invest in snow chains and know how to fit them.
5. Be aware of the dangers of black ice (rhime ice) on tar. No traction means its like driving a vehicle on ice skates. Steering makes no difference. Your vehicle will slide in a straight line down the easiest route (which is usually down a cliff).

The expression ‘Cold enough to freeze the balls off a brass monkey’ is not rude at all. It comes from the days of the big sailing ships that carried cannons. The iron cannon balls were stacked in triangular pyramids on a brass plate (brass to prevent the iron balls from rusting). This plate was called a “monkey” by the mariners. When the ship sailed into very cold weather, the iron cannon balls would contract faster than the brass and would end up popping off the monkey and around the deck. Thus the expression. There are a number of sources that claim this story to be “twak” but it sounds very plausible so we’ll roll with it for now!

August 9th -11th We are offering 2 tours over this long weekend. One in the Cederberg and the other up north in Limpopo Province. Check our shop and tours page later this week for more details.

October or November – Wild Coast Tour – A multiple day tour taking you places you can only dream of and taking in some of SA’s biggest gravel passes. Details will be published soon.

Thomas Bain Heritage Tour – Every tour we do, seems to be ‘the best tour ever’ and this one certainly felt like it deserved that tag. We met in the dreamy village of Wilderness and soon had our group kitted out with radios. During the introductions one of our guests introduced himself as Andre “I’m an undercover agent for SARS” That would set the tone of humour for the next three and a half days. [More lower down…] 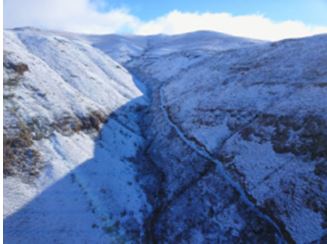