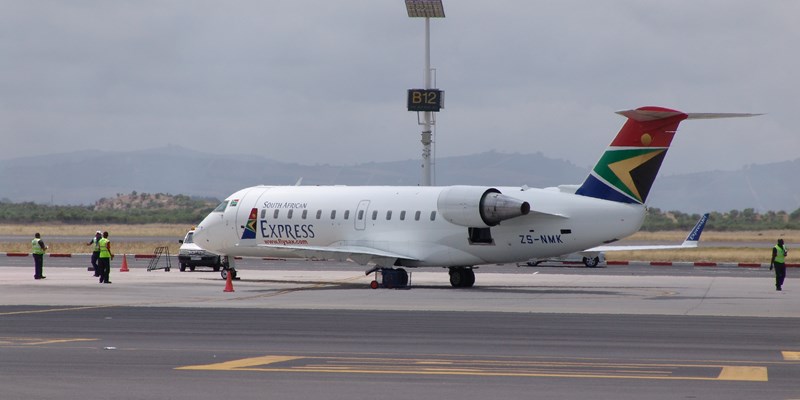 This comes on the same day as Public Enterprises Minister Pravin Gordhan announced the appointment of a new board for the airline, and follows an audit of the airline and its maintenance organisation over the past several days.

SACAA said on Thursday that it had suspended SA Express’s Air Operator’s Certificate as well as the airline’s Aircraft Maintenance Organisation approvals. It has also suspended the Certificates of Airworthiness of nine of the 21 aircraft being operated by the airline.

“In order to be able to operate, SA Express will have to reapply and be issued with relevant approvals,” SACAA said in a statement.

While SACAA does not make the details of its audit findings public, it revealed that there were 17 findings, of which five were categorised as Level 1 findings. It describes Level 1 findings as follows: “A Level 1 category finding can be described as a ‘severe non-compliance or non-conformance that poses a very serious safety or security risk to the public and will necessitate the immediate exercising of the discretionary enforcement powers vested in the authorised persons, in the interests of safeguarding aviation safety or security’.”

“The airline could not ensure that operational requirements and, most importantly, safety obligations, are met at all times,” said SACAA.

“As the custodian of aviation safety and security in the country, the SACAA cannot turn a blind eye to any operation where there is overwhelming evidence that safety measures are compromised, because that automatically poses serious danger for the crew, passengers, and the public at large,” said Poppy Khoza, SACAA director of Civil Aviation.

As for the appointment of a new board which follows the suspension of a number of executive managers on allegations of corruption, Gordhan said: “I have decided to further strengthen the capacity at the airline by appointing an Intervention Team to support the Executive Team at SA Express.”

The following individuals will serve as Directors of SA Express:

“The inclusion of Ahmed Bassa, who is also a member of the South African Airways board, will enable us to better realise the synergies between the state airlines,” commented Gordhan.