Description:
Home to the ancient San people, the Northern Cape is about wide-open spaces, an utterly beautiful coastline and a number of unique national parks offering the tourist a very different experience of the South African landscape. This province boasts a colorful history and a variety of cultural tourist attractions and is particularly well known for its incredible annual floral display that takes place in Namaqualand.

Climate:
The Northern Cape and Namaqualand is a dry, hot region that is classified as semi-desert. It scarcely ever rains and some areas have less than 100 millimetres of annual rainfall. The cold Benguela current carries very little humidity and as a result rain clouds rarely form. Summer day temperatures along the coast are pleasantly hot after the morning fog banks clear. Inland the temperatures are far more extreme, often above 40 degrees C during the day. In winter the days are warm and evenings can be cold with nightly frosts. 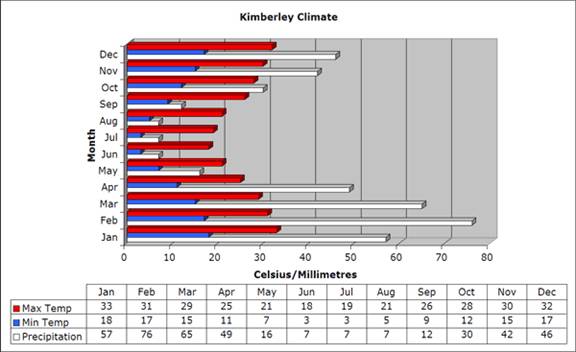 Best Time to Visit:
The Northern Cape is a semi-arid region with little rainfall in summer. The weather conditions are extremely cold in winter and extremely hot in summer.

Social Customs:
South Africa is a very multicultural society and therefore has many different customs. Some examples:

The Zulu culture has many unusual customs that are different from today’s western cultures. These are some traditional Zulu customs which are still practiced in parts of Kwa-Zulu Natal.